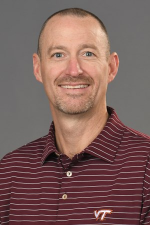 Taking over the reins of a program that faced strict recruiting restrictions, Head coach Mike Brizendine has rebuilt the men’s soccer team and has seen the most success in program history. Brizendine has made it his mission to lead the Virginia Tech program to new heights and make the Hokies into one of the top programs in the Atlantic Coastal Conference.

In 2021, much of the player development that played an integral part in the Hokies success was brought into fruition when Tech had two players drafted in the top-30 of the MLS SuperDraft, including No. 1 overall pick Daniel Pereira being selected by Austin FC as the first pick in club history. Kristo Strickler was selected with the third pick in the second round by Houston Dynamo.

From 2016-19 the Hokies had the greatest stretch in program history as they made the NCAA Tournament for a program record fourth consecutive time, earned the highest national seeding in program history (10th), won the most ACC games in a four-year time (46) and made six tournament appearances.

In 2019 the Hokies once again made the NCAA Tournament as they claimed the 10th seed and a first-round bye. Tech would face and defeat No. 16 New Hampshire 4-1 in the round of 32 before falling late to Stanford 2-1 in their second-straight Sweet Sixteen appearance.

James Kasak became the seventh Hokie to train under Brizendine and be drafted as he was taken with the sixth pick of the fourth round.

The 2018 campaign was another stellar year for the Hokies as they once again surpassed 10 wins and made their second trip to the round of 16 in the past three seasons.

The 2017 season saw Tech make their second consecutive NCAA appearance season as they defeated Air Force 2-0 in the First Round. On the way to their tournament appearance, the Hokies had historic victories over Creighton, handing the Blue Jays their first home loss on opening night since 1995 and beating No. 1 Notre Dame thanks to two goals from forward Marcelo Acuna.

Following the 2017 season, Ben Lundgaard was taken with the 22nd overall selection by the Columbus Crew Major League Soccer SuperDraft.

The 2016 season was one of the best seasons in recent history and marked a resurgence of the Tech soccer program. The Hokies earned an at-large bid to the NCAA tournament, the program’s first in a decade, opening with a 1-0 victory over East Tennessee State. The Hokies then went on to defeat Charlotte and Indiana, advancing to the Elite Eight. The program ended the season ranked eighth nationally.

Brizendine was named the 2016 VaSID Coach of the Year with junior Marcelo Acuna earning third-team All-America honors. Senior Juan Pablo Saavedra joined an elite group of former Hokies when he was drafted by FC Toronto in the 2016 MLS Draft.

Brizendine has coached 22 players that have gone on to play professional soccer, as well as six MLS draftees. After taking over a program facing significant recruiting restrictions and coming off a four-win season, his leadership has returned Virginia Tech to one of the most competitive programs in the nation.

After serving 10 years as a collegiate assistant coach, including five at Virginia Tech, Brizendine finally got his opportunity lead his own program when former AD Jim Weaver promoted him to the head coach on June 11, 2009.

During the 2015 season, Brizendine’s team won five games, including an upset against then-No. 10 Xavier. Sophomore Merlin Baus led the team, tallying 15 points. At the conclusion of the season, Ricardo John signed with the professional team Central F.C. in his native country of Trinidad and Tobago.

The 2013 season saw a school-record three players either drafted into the MLS or sign professional contracts following the season. The Hokies also earned eight points in ACC play, the most since 2007, behind five ties and an upset victory over No. 17 Syracuse. Under Brizendine’s direction, the Hokie defense only allowed 23 goals all season, the lowest total allowed since 2005, as well as the second first-team All-ACC selection in school history.

Brizendine’s 2012 team earned the most wins in a season (seven) for the program since 2007. On Nov. 5, 2012, in College Park, Md., the Hokies scored three unanswered goals to top NC State in the first round of the Atlantic Coast Conference tournament, capturing only the second victory for the team in the tournament since the school joined the conference in 2004.

The 2011 side played five top-25 opponents during the season, and the year was highlighted by a 1-0 double-overtime win over 2011 NCAA champion North Carolina. The victory was the program's first over a No. 1 ranked opponent since 2004.

Under Brizendine's guidance, the Hokies have also had a great deal of success in the classroom. His teams earned the NSCAA Team Academic Award six times (2010-14, 2016-17). The award honors teams with a cumulative grade-point average of 3.0 or higher.

As an assistant under former coach Oliver Weiss, Brizendine played an integral role in helping the Hokies make it to the College Cup for the first time in the program’s history. For his contributions, he was recognized as the NSCAA's Atlantic Region Assistant Coach of the Year in 2007.

Brizendine joined the Hokie staff after a successful stint with Bridgewater (Va.) College, a Division III program that participates in the Old Dominion Athletic Conference (ODAC). After assisting both the men's and women's programs at Bridgewater in 2000, he became the head men's coach from 2001 to 2003, guiding the team from non-competitive status to a full-fledged Division III program. Brizendine led Bridgewater to its two best single-season records – 12-6 in 2003 and 11-7 in 2002 – for a 23-13 mark over two seasons and a .639 winning percentage. For this significant turnaround, his peers named him ODAC Coach of the Year in 2003.
Prior to his time at Bridgewater College, he was an assistant coach at Ferrum College for the men's soccer team in 1999.

He has also been active guiding and encouraging kids in youth soccer programs throughout his coaching career.
Brizendine graduated from James Madison University in 1999 and earned his Master of Education from Virginia Tech in 2005.

As a player, he lettered four seasons at James Madison University from 1995-98 and ended his career sixth in all-time scoring for the Dukes. He earned all-conference and all-region recognition during his four-year career. He also played professionally with the Roanoke Wrath (1999) and the Northern Virginia Royals (2000 and 2001) of the Division 3 league.

Brizendine and wife Lucy, reside in Blacksburg, with their three daughters, Sloane, Reece and Millie. 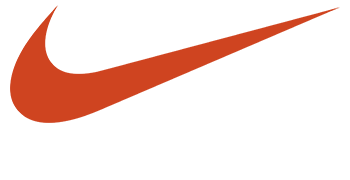 This camp is owned, controlled and operated by Mike Brizendine. The word Hokies, or any other reference to Virginia Tech are by permission of the University, and do not indicate, express or imply any fashion involvement of the University in the operation or control of the camp.